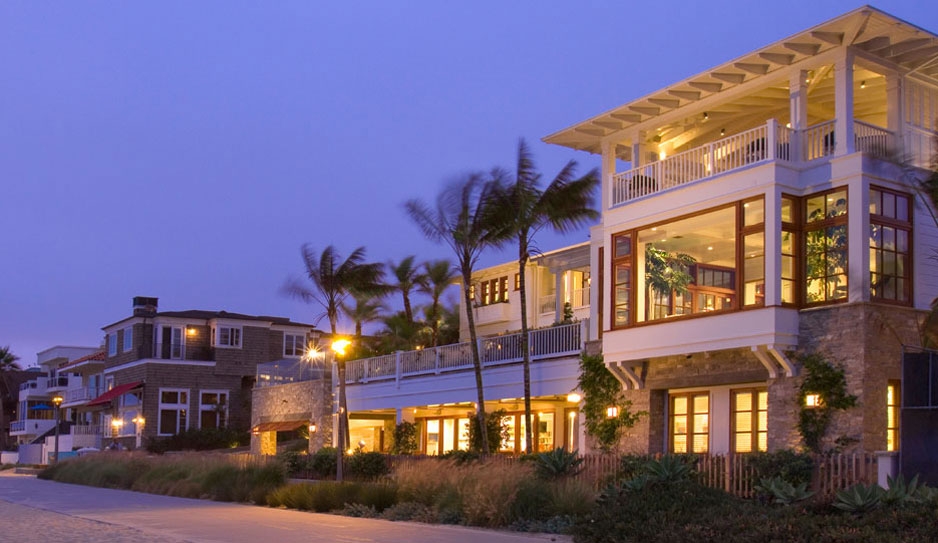 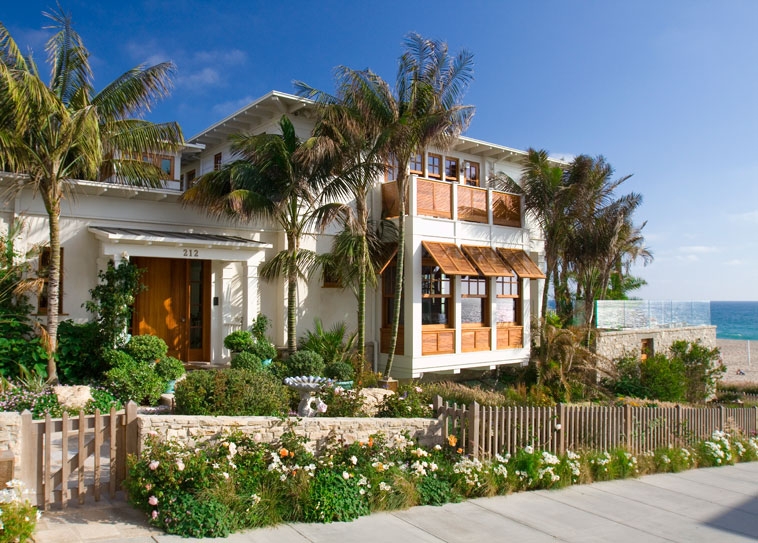 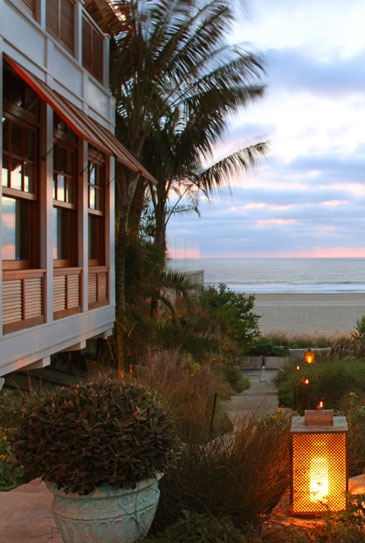 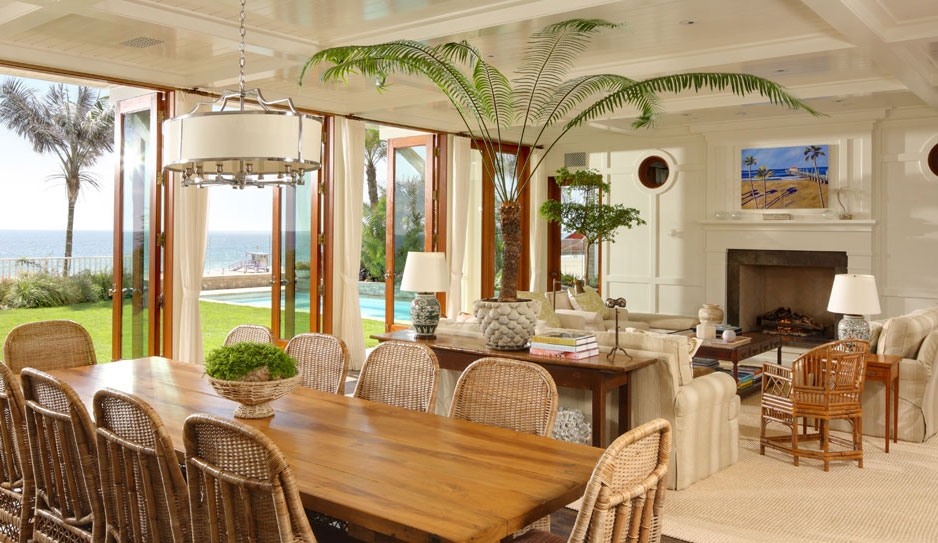 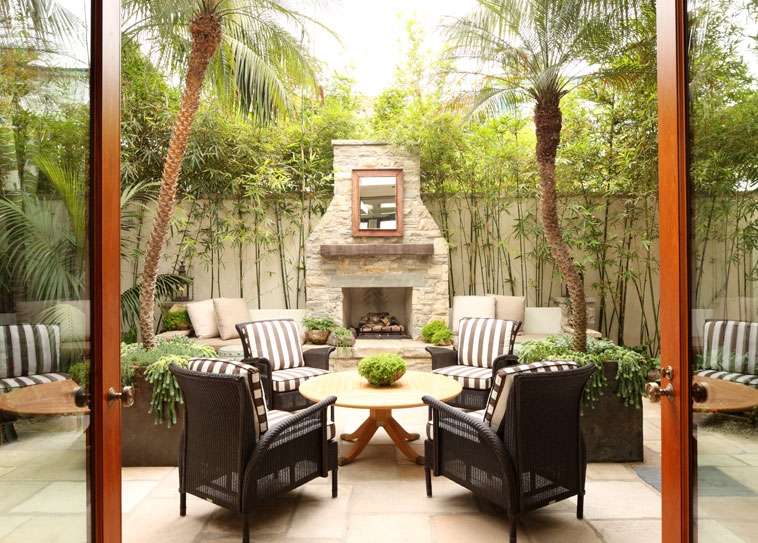 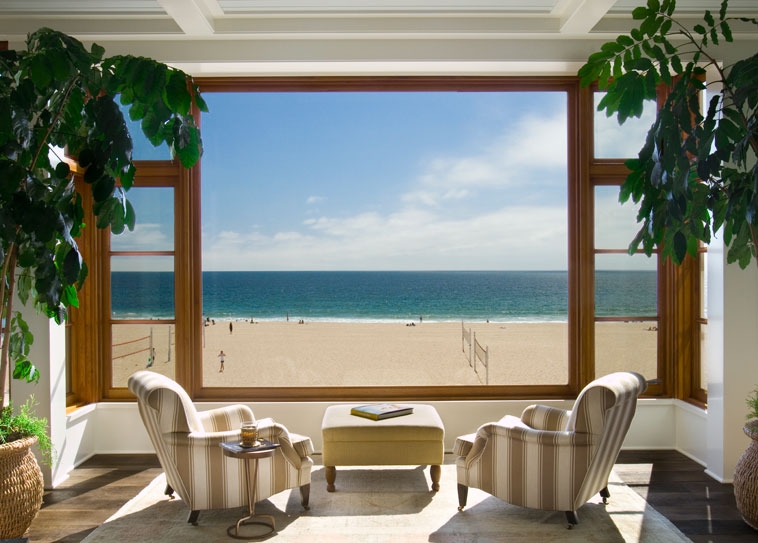 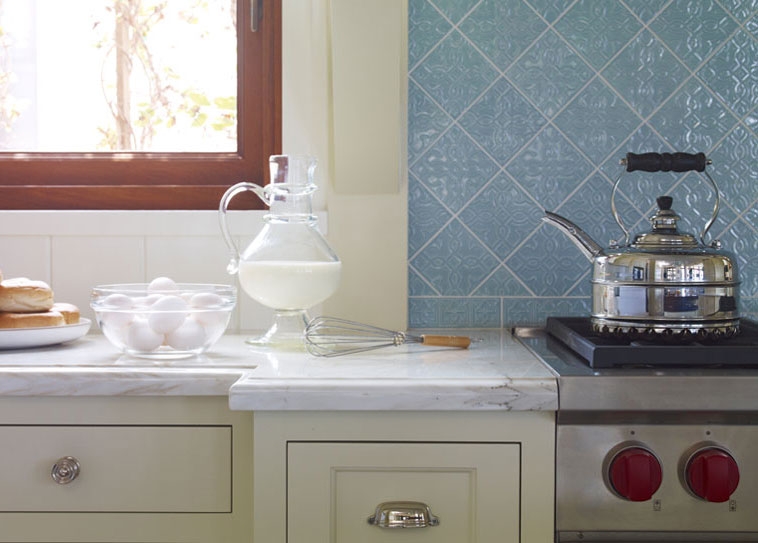 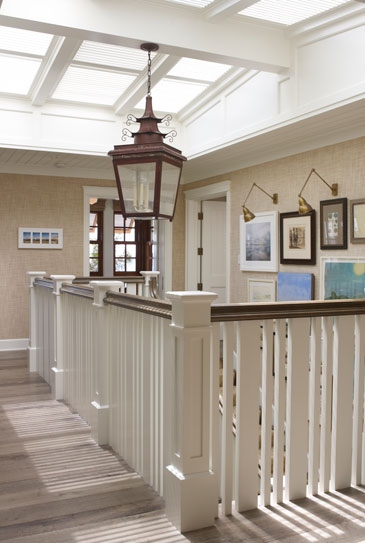 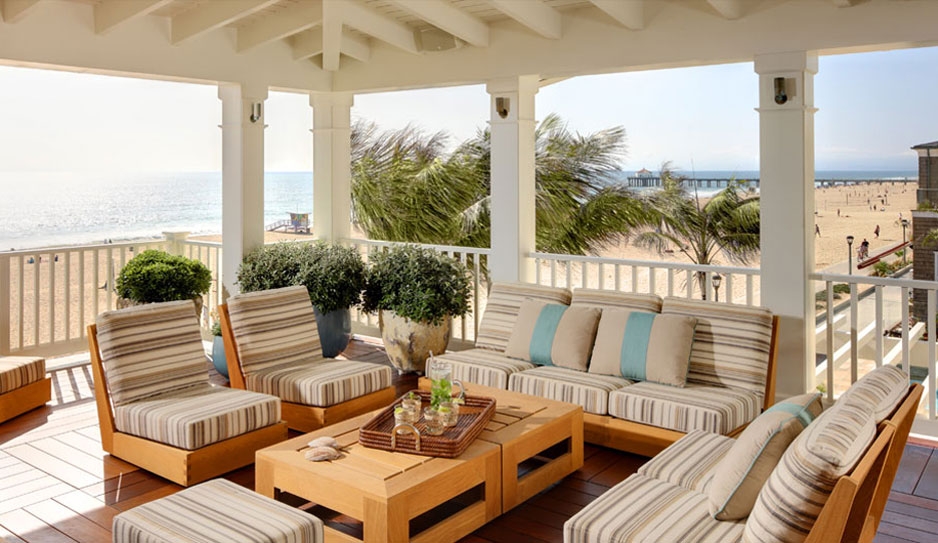 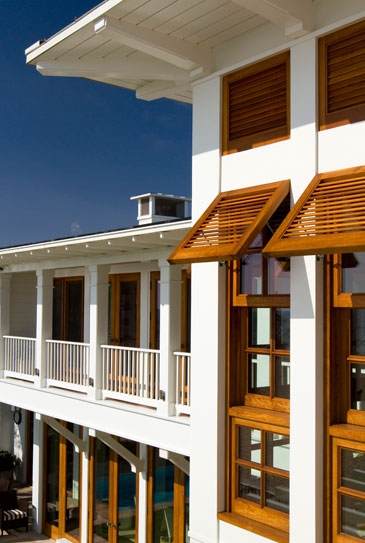 The order was tall - create the most authentic West Coast estate on one of the finest beachfront properties in Southern California's quintessential beach town. Not ones to back down from a good challenge, we went to work exploring the world of residential coastal architecture. The journey produced a compelling bucket full of possibilities and, after a collaborative and spirited sifting with our clients and design team, this West Coast bungalow came to life.

Bungalow is a term that originated in British Colonial India, referring to a "coastal house in the Bengal style". Such houses were traditionally horizontal in massing, and integrated with the earth by use of local materials and transitional plantings. They featured shallow sloping roofs and eaves with unenclosed rafters and typically enjoyed front porches or verandahs. Not unlike in most British colonies, bungalows were the melding of the Brits' proven domestic architecture fused (and sometimes forced) with the particular colony's resources and materials.

Many Americans with East Coast roots have a strong association with British Colonial architecture. East Coasters came to Southern California in the early 20th Century and established regal homes in Pasadena and the Downtown Los Angeles area. In fine East Coast tradition, they built weekend retreats on the coast - in this case what is now known as Ocean Park/Venice Beach. Here we find still-preserved examples of a more casual, but nonetheless provocative, West Coast version of the British Colonial tradition. These homes remain highly influential for us at KAA as we seek to continue the search for a meaningful version of British Colonial architecture on the West Coast. In this home, we also took liberty to infuse the warmth and texture of another British Colonial style - that of the West Indies - integrating the texture and warmth of teak in the horizontal and vertical shutters.

For this young family, the desire was for a sanctuary intimate and private enough for the immediate family, but also accommodating as a destination for hosting and entertaining friends and extended family. Privacy and panorama were seemingly conflicting goals, but eventually, proved to be complimentary influences for the plan.  Privacy and shelter from the coastal breezes also played a roll in the courtyard design, the result being a fluid connection of indoor and outdoor with the horizon always in view. Indeed a timeless vessel for living and celebrating life, an heirloom to be handed down to the next generation.

John Street Located on a hilltop in coastal Manhattan Beach, this...

Build a custom portfolio Take examples of Evens Architects work with you by customizing or downloading pre-made portfolios that match your interests.